I was excited at the outset of this project because I’d long considered the MOOC an excellent setting for video drama and this would be my first opportunity to put it into action. I also looked forward to working on a course that could make a major contribution to helping vulnerable people.

Our initial estimate was based on a day of filming with a cast of six. As the project moved forward, we evaluated the ideas in the context of these costs. Writing to a budget is the best way to get the most from the resources available.

I gave a short presentation about the best use of video drama in a MOOC. Drama can provide insights into the difficulties of dealing with complex of issues. Drama is most powerful, and most dramatic when it depicts a dilemma. If you can do this successfully, most viewers will engage with the dilemma and want to solve it. This is exactly what we want in a MOOC – to stimulate learners to discuss what the characters did wrong or well and how it could have been different.

Drama isn’t the place for the facts and figures, theory and procedures – it’s where you stimulate emotion and engagement about the application of the learning. If we can bring insight and emotion, learners connect with the need for study of the difficult, detailed content and go at it.

The initial suggestions for video scenarios were various. The ones I pushed back against were those that used drama to directly show the shocking effects of lack of safeguarding, namely violence and cruelty. Apart from the fact that such things are not very cost-effective to stage, my feeling was that, while they might be impactful, they were not going to significantly further our understanding of safeguarding.

I asked the group if there were ever meetings to establish what went wrong when a multidisciplinary team had failed to protect someone, and it had led to a death. There were indeed, and I suggested this as the subject for the video content.

If we think of a powerful horror movie like Alien, we don’t see the more than a hint of the monster till right at the end of the film – the horror is thus better created in the head of the viewer. By showing a team discussing a death, each professional watching would be able to reflect on how they might have found themselves in this situation, and of the impact that the death would have on them. In addition, this treatment would be cost-effective, allowing a lot of high-quality output from our day of filming.

The group liked the idea, which incorporated a lot of their video content aspirations. The solution also had the advantage that it would show multidisciplinary cooperation in action, which was core learning

Bringing the idea to life

The next stage was to map the content of the meeting across the modules of the MOOC. The subject of the meeting became Sofia, a young woman who had been trafficked from Romania as a sex slave. She was made a heroin addict and her six-year-old daughter was threatened with acid in order to keep her compliant. Other problems manifested from her dysfunctional situation. She was found dead, a victim of violence.

The content of the meeting was written up in detail by one of our brilliant subject matter experts, and this was the key document that our scriptwriter used to develop the script.

Above, a clip from the video from the course.

The course is launched

As the MOOC developed, Sophia’s story became a narrative that was used to hang a lot of the learning on, which was a nice affirmation that we’d chosen a productive route for the drama.

It should be noted that the MOOC content was also provided as materials for a live workshop, including, of course our videos.

The MOOC was launched on January 27th 2020 with over 6000 (83%) of those who registered measured as active learners. Fully participating learners were measured as 56%.

“All videos are lively, accurate, informative, full lengthy discussion” was one piece of feedback from a user.

The course is the HEE’s first MOOC and is deemed to be a great success, not only in terms of the user response, but also in how quickly and efficiently it was created from a blank page, thanks to a great team chosen and steered by Alison Potter.

This is a shortened version of an article first published on our website: https://www.nicemedia.co.uk/safeguarding-adults-mooc-case-study/ 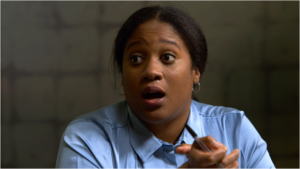 Drama doesn’t tell people what to do, but it can stimulate them to think deeply about a problem.  If you can create a safe space around that experience, discussion and sometimes solutions can arise. 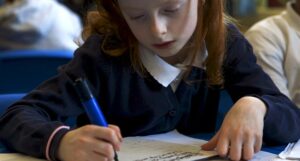 I had the rare opportunity to direct a short promotional film for Fairlight School in Brighton – where my two children attend. It was an unpaid piece of work which was a treat because it took off the usual pressure of corporate deadlines. Also, we aim to do at least one project for a local community organisation in Brighton, where Nice is based, each year.