Pitching for major L&D contracts that are centred around video drama is highly competitive, so there’s always a temptation to include some kind of gimmick in the basic design.  I like a gimmick as much as the next person, but sometimes a gimmick can work against the functionality of the project.

The gimmicks are usually devices that draw attention to themselves – rewinding and watching again, filming in the literal point-of-view of a character, having characters turn and talk to camera, hearing the internal voice of a character or maybe spoofing a popular TV format.  This kind of device works well as a gimmick because it says “Hey, look at me!”  All these gimmicks are also a commentary on the action, either literally or because they put it in a frame and tell us how to look.

Now let’s consider how drama is effective in learning.  Drama is not the right medium for instruction.  Where it’s so effective is in showing characters in challenging situations and thus stimulating a viewer to imagine what they might do in that situation.  This is an amazing power to have at your fingertips – because it makes an audience active without them even noticing.  It’s that same active reaction you get when you watch a TV drama and shout “Don’t do that!” at the screen.  We bring people into a magical, imaginative space where theoretical problems become real for a moment and it’s safe to think the unthinkable.

Now we throw someone a critical thought – say by having a character turn to camera and make a commentary – and we have pinged our viewer out of that precious contemplative space.

Of course, we do need to deliver instructional, theoretical and factual information in any learning experience, but if we enmesh in the drama it can dictate how we present that drama, and make it harder to bring our audience into the imaginative space in the first place.

To look at this same effect through a different lens – you may be aware of hot and cold cognition.  When you are thoroughly engrossed in a movie, when everything else just disappears and you’re in a world of the imagination, this is hot cognition. The moment your mate leans over and starts criticizing the plot or the continuity you’re into cold cognition, and thinking rationally.

You can’t be in both emotional and rational head spaces at the same time.  So, in learning we must take care to allow the drama the space it needs to immerse the learner into warm cognition and to gently steer their imagination, before we interrupt and draw them into a cold, rational head space.

And when we do, perhaps video isn’t the right medium to do this?  Cold cognition is easily engaged with through text, so maybe we should reserve all our hot cognition engagements to put into the video?  That way you are more likely to get the most from your video budget.

You can do it

Of course, if you’re keen, there are there are gimmicks that can work with the grain of the drama.  And there are subtle and cost-effective ways to incorporate commentary into video drama.  Techniques I’ve used include:

The important thing is to know why you are proposing a particular approach with drama and explaining its value in terms have it will affect your audience and its learning value. 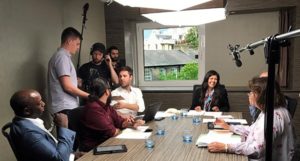 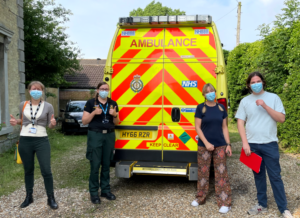